10 Things To do In the Raleigh Area

Raleigh North Carolina known as the “City of Oaks” is famous for its huge natural parks, art culture, and historic architecture. If you are looking for something fun to do in the area, check out one of these ideas! 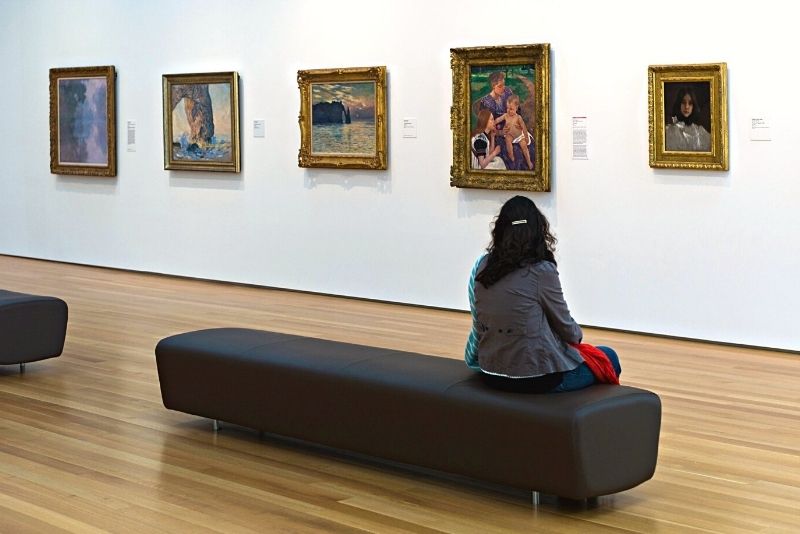 This is one of my favorite destinations when I have some down time between showings. Entry into the museum is completely free. It features over 5,000 years of history and includes primarily European and American art. One of my favorite sections is the massive collection of Renaissance paintings from the 19th century. You can also find Classical Greek and Roman sculptures, African Art and Ancient American pieces.

If it is nice outside, there is a 160-acre park with art, sculptures and beautiful landscaping with wooded trails. Whether you need something to do for an entire day or just have an hour to kill, The North Carolina Museum of Art is my top pick. 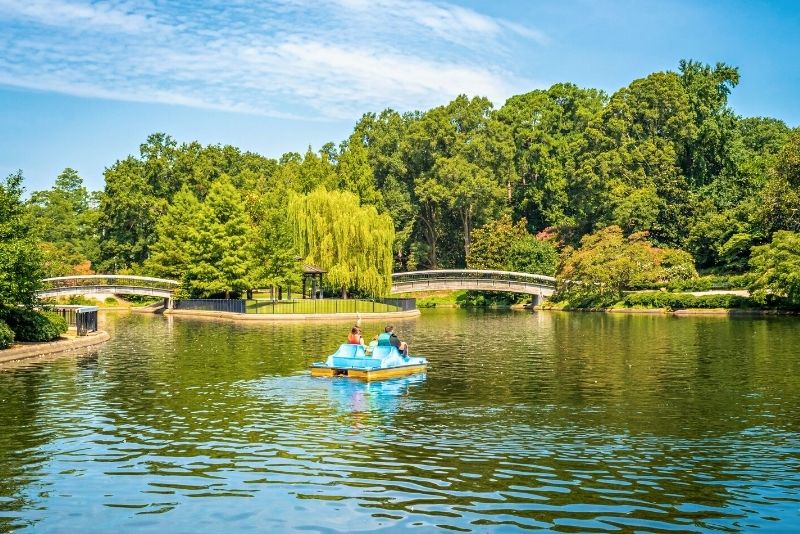 Pullen Park is one of the top five oldest amusement parks in the country. The rides are great for younger kids or and adults. The 60 acre park also has playgrounds, an indoor swimming pool, community center, sports field and Theater in the Park!

Theater in the Park probably deserves its own spot on this list but we will call it a bonus. There are productions year-round as well as drama classes. 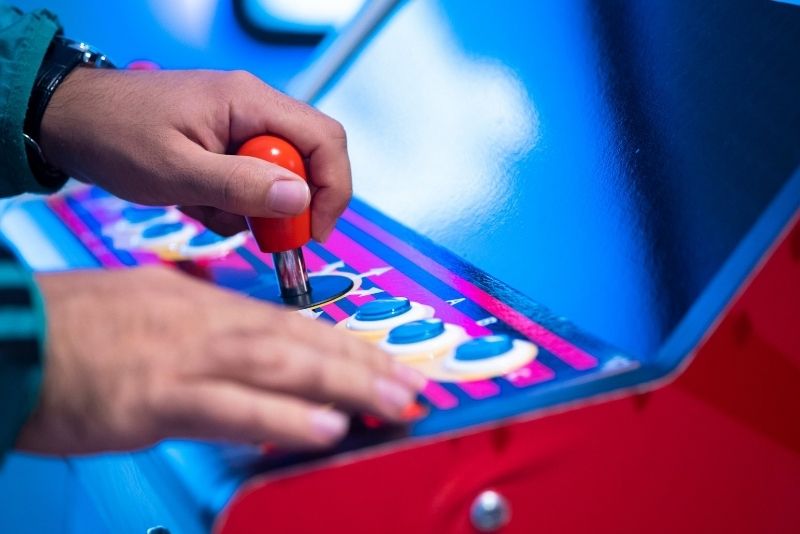 All the locals know about Frankie’s of Raleigh. This all-in-one arcade and theme park is great for kids and adults alike. From bowling and mini golf to go-carts and cutting-edge immersive games, Frankie’s is a place you want to check out.

I must issue a warning regarding the VR games. Be sure to bring an extra pair of underwear if you intend on fighting off the hordes of zombies! 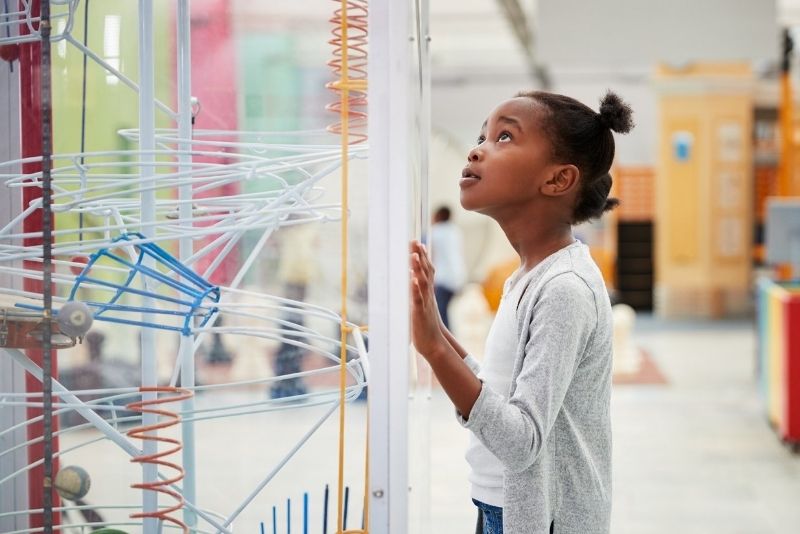 Marbles is the ideal place to take kids. It is an educational museum that blends play and exploration to create an environment engaging for children.

There are TONS of events throughout the year that sound awesome to me even as an adult. The NASA space telescope viewings are a must see!

There is even an IMAX that shows everything from educational documentaries to the latest superhero movies. 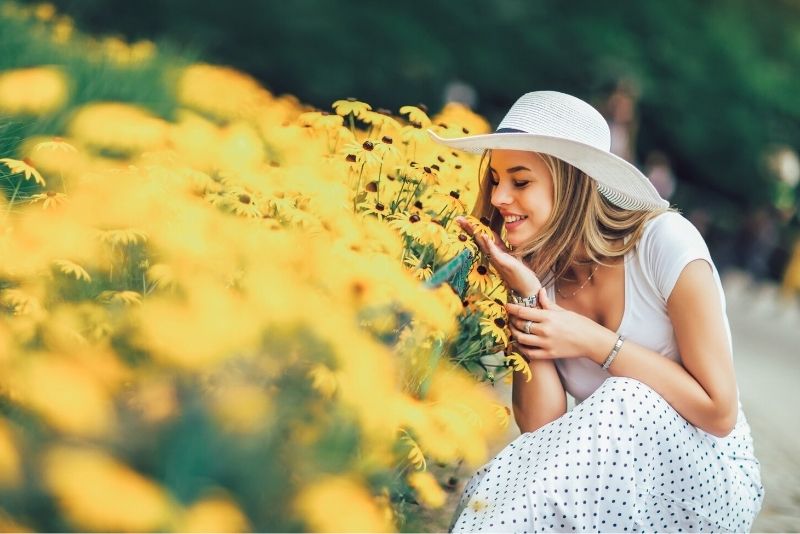 This is another one of my favorite spots to stop when I have some down time and the weather is cooperative. The entire garden is about 10 acres with thousands of different native and exotic plants. I really like the JC Raulston Arboretum because it changes with the seasons. It’s a new experience every time you go. The Japanese gardens are my favorite! 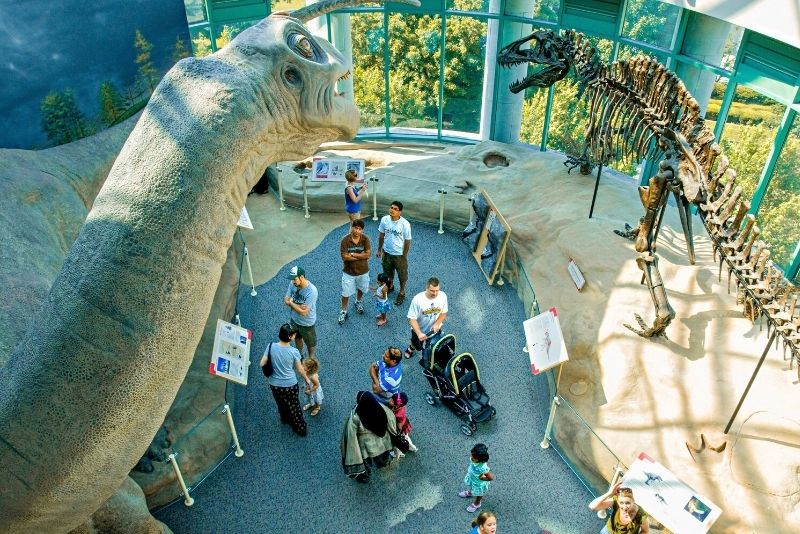 This place is huge and awesome.  Check out massive dinosaur fossils and models or venture to the farthest reaches of the known Universe. There is a miniature zoo with bugs, fish, invertebrates and reptiles. There is even a living conservatory that mimics a tropical rainforest.

I would recommend setting aside at least half a day for the North Carolina Museum of Natural Sciences. Entry is free but you won’t want to leave until you’ve seen everything. 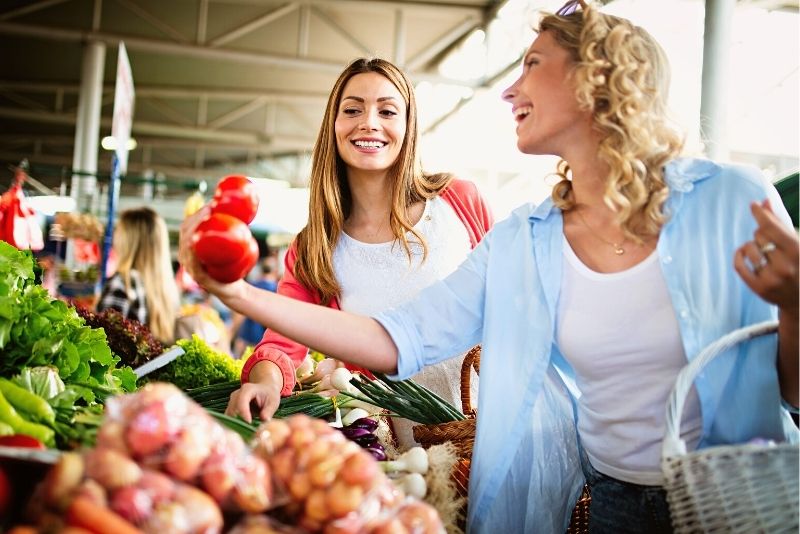 I try to get most of my fresh produce and meat from the Farmers Market. There are tons of booths with locally produced fruits and vegetables along with high-quality meats that you can’t get at the grocery store like bison.

There is an indoor space that sells everything from soaps to fine wines. There are also several restaurants and cafes that serve fresh food all day.

Some how I always end up buying a cool plant like a fancy Japanese Maple or carnivorous Venus Fly Trap. 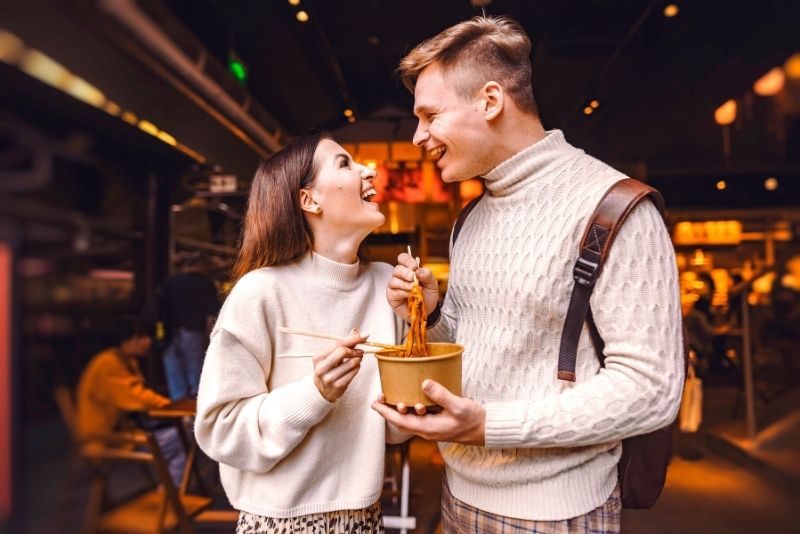 Are you and your significant other arguing about where to eat? Morgan Food Hall is a fun atmosphere with over 20 different vendors. Crepes, waffles, tacos, wood-fired pizzas, lobster dishes, you name it, Morgan Food Hall has it.

I often find myself gravitating towards Cousins Maine Lobster for a lobster roll and then Boba Brew for some bubble tea. 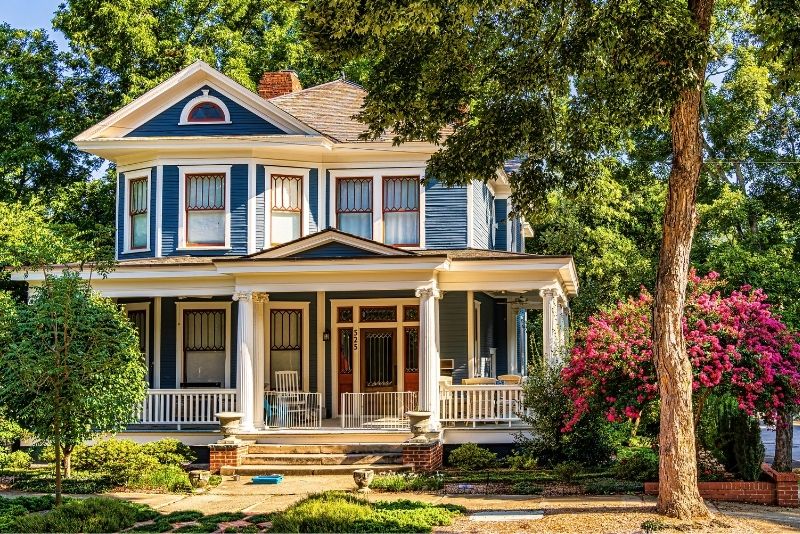 Historic homes are my passion. I have rehabbed a few of these myself and currently live in a 1914 Colonial Revival. So, it’s only natural that Historic Oakwood is one of my favorite places to visit. It is one of the best examples of 19th century architecture in all of North Carolina.

There are hundreds of homes with a wide variety of different styles dating back nearly 200 years ago. There is also a Candlelight Tour every December where you can go inside and see the interior of some of these beautiful homes.

There is also a historic cemetery worth exploring. It is the final resting place for many high-profile people such as Confederate Army generals, basketball players, governors, senator and congressmen.

If you decide you are interested in buying a house here, I’d be more than happy to send you a list of current listings. 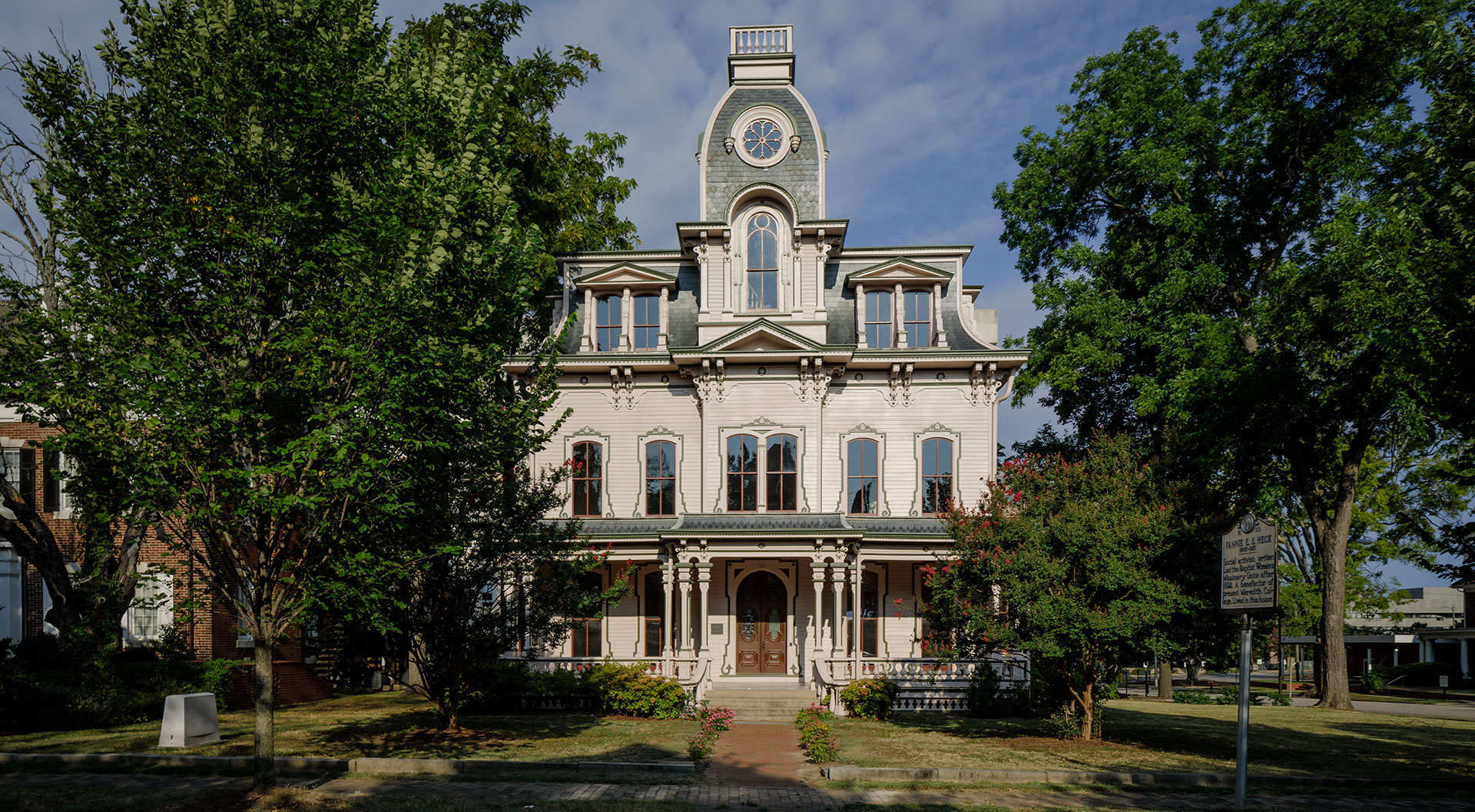 I may be a little biased on this one as having been a huge undertaking by the NC Association of Realtors. If you take a walk along Raleigh’s historic Blount Street, you will notice multiple examples of architecture depicting the different eras that have spanned the city’s life. Among those is one of the city’s clearest and well-defined examples of the Second Empire style: the Heck-Andrews House. Across the street from the lieutenant governor’s office and just steps away from the governor’s mansion, the Heck-Andrews House was completed in 1872 and occupied until the late 1980s. Since then, the house has stood vacant, preserved in time, all but for the exterior renovation completed by its last owner, the state of North Carolina, in 2014.

The renovations have recently been completed and it is such an incredible site! If you stop in, make sure you tell them Zach Lilly sent you!

For ADA assistance, please email compliance@placester.com. If you experience difficulty in accessing any part of this website, email us, and we will work with you to provide the information.

Sign Up
Already a User? Sign In
You have been successfully registered
Please check your email.
Go to the homepage
Sorry something went wrong
Please try again.
Try again